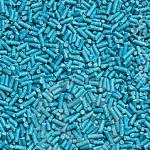 A warning for pet owners

I discovered my dog eating slug pellets in a neighbour’s garden last week. Luckily I noticed and luckily the dog had just eaten a big meal (also at the neighbour’s). I called a vet who recommended that the dog be made to vomit immediately and suggested washing soda (sodium carbonate) forced down the dogs throat. Following his instructions, my insatiable labrador brought up all she had eaten that day and while I nearly lost a hand I didn’t lose my dog.

One of the first things I ask of students at the start of every course, workshop or demonstration is not to use slug pellets. They contain a highly toxic substance called metaldehyde that can cause an agonising death to dogs, cats and, if taken in sufficient quantities, children. It also kills or poisons birds, frogs and other wildlife that prey on snails, slugs and insects that have ingested it. It is cheap, widely-used and sold in innocuous packaging and quantities without sufficient warning of how attractive it is to mammals and other wildlife.

There are now a number of non-metaldehyde slug killer products on the market [e.g. Ferramol] that are not as cheap (because they are not produced in the same vast quantities) but do offer an instant solution. These products contain iron phosphate (or ferric phosphate) and are labelled as non-toxic to humans or animals and are approved for use in organic production. [Did Aldi have a non-metaldehyde, relatively cheap slug killer in its stores last year?]

Slugs and snails are an important part of the natural environment and in order to preserve our sanity as gardeners we need to (a) accept this and (b) accept that we must manage their population rather than attempt to achieve the impossible task of total extermination.

There are many creative ways to reduce the numbers of of slugs and snails in a garden and to reduce the negative effects of those that remain without resorting to chemical warfare and the sometimes inevitable ‘collateral damage’. I am determined to explore as many of these ‘mollusc-management methods’ as possible and share the knowledge gained. I therefore welcome your comments, questions and suggestions on the subject to info@sogrownow.com .